LIBER Executive Board: Call for Nominations

Nominations are now being accepted for upcoming vacant positions on LIBER’s Executive Board. 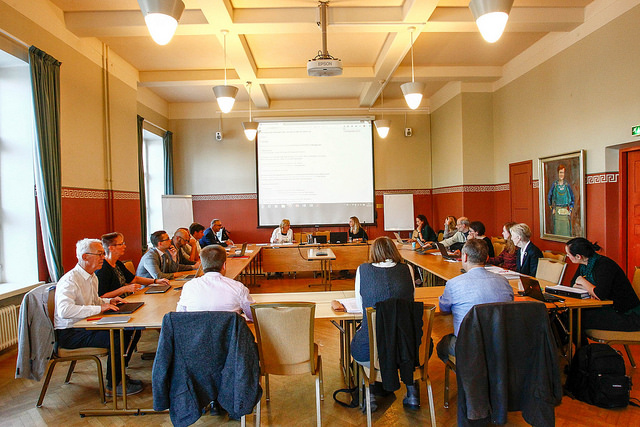 The following appointments will be made at our 2018 Annual Conference:

Why Join The Board?

Serving on LIBER’s Executive Board can be a highlight of your library career. You will:

Learn more about serving on the Board.

The LIBER Executive Board welcomes candidate nominations from libraries in countries in all parts of Europe, and from younger candidates. The nominations process is as follows:

In addition to the new openings outlined above, the following six Executive Board members will have completed terms of office by July 2018. They are eligible for re-appointment for a further term of two years and are willing to stand for re-appointment:

LIBER has so far received the following nominations.

Any LIBER Library not able to be present at the Meeting of Participants on Thursday 5 July 2018 may delegate its right to vote to another member acting as proxy or to the Chairman acting as proxy.

Any LIBER Library intending to delegate its vote should complete the proxy voting form, which will be circulated with the March 2018 and May 2018 Mailings, and return it to the LIBER Office. Please note that to be valid proxy forms must be received by the LIBER Office no later than Wednesday 4 July 2018.

If you have any questions about the appointments at the 2018 Meeting of Participants, or if you would like further information, please contact Mr John MacColl, Secretary-General.