LIBER’s 46th Annual Conference in Patras, Greece brought together over 300 research library professionals from 33 countries, and stimulated discussions on critical topics such as copyright reform, open science and the future of scholarly communication.

In addition to the highlights below, you are welcome to browse through all of the presentations, videos, photos and #liber2017 tweets. 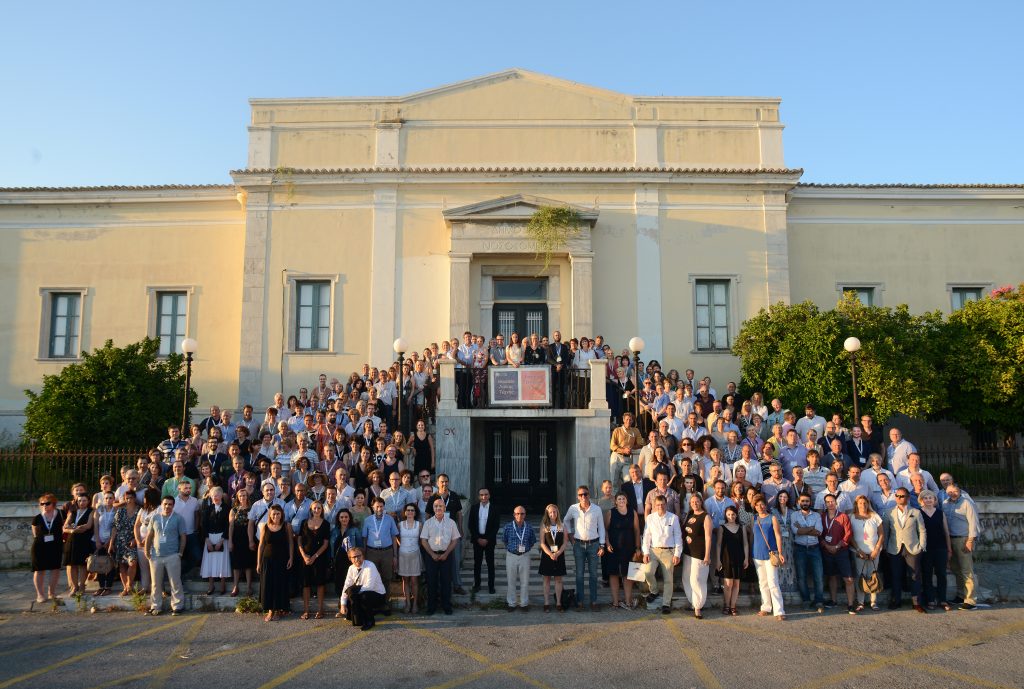 The need for copyright reform has been at the centre of much of LIBER’s work in recent years, and at LIBER 2017 MEP Julia Reda took to the stage to make the case for continued work in this area with her speech EU Copyright Reform: Delivering on Sustainable Knowledge?

Kathleen Shearer, COAR Executive Director, also grabbed the audience’s attention with her talk about sustainable scholarly communications. She explained how libraries could position themselves more at the centre of this movement, and issued a call for urgent action.

The talks of the other keynote speakers were also appreciated.

Dr. Filippos Tsimpoglou, General Director of the National Library of Greece covered many topics in his speech. He presented the collections, mission, perspectives and challenges facing the National Library of Greece, as well as his vision for future activities and the creation of an open national library. He also spoke about his support for open access, which he sees as an indigenous characteristic of information — something which facilitates the synthesis of information, creates new information and leads to the progress of society through collaboration.

Michael Ambjorn of Historypin took a different approach, turning his talk into an interactive session which took participants through a storytelling exercise aimed at creating connections and drawing out shared experiences.

Of the 36 parallel talks and 22 posters, three were chosen as winners of the LIBER Award for Library Innovation Award – an award initiated by LIBER and supported by OCLC. The winners were: 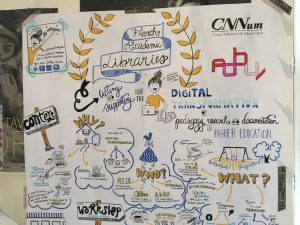 The prize for best poster went to a handdrawn poster, created by author Cécile Swiatek and artist Magalie Le Gall. You can read the story behind the poster (in French) on the artist’s blog.

A significant transition in LIBER’s Executive Board also took place during the conference, when we thanked Dr Ann Matheson for her incredible contribution to LIBER as our Secretary-General and welcomed Mr John MacColl as our new Secretary General. Dr Ann Matheson will stay on as a special adviser to the LIBER Executive Board, . Read more.

Being a leader in your library was also intensely discussed, thanks largely to the latest edition of LIBER’s Emerging Leaders programme, which took place in Patras. Pep Torn, a graduate of the programme, spoke to the programme participants on the theme Taking Others With You, and shared the highlights of his talk for the #liber2017 Twitter feed.

More inspiration from #LIBEREmergingleaders: @peptorn shares his thoughts on Team Building and Taking Others With You #liber2017 pic.twitter.com/rcbFZYcDMu

There was also in-depth Twitter analysis from the Greek team.

See You Next Year!

These are but a few of the many highlights of LIBER 2017. To all those attended, thank you and see you next year in Lille, France for LIBER 2018, July 4-6th.