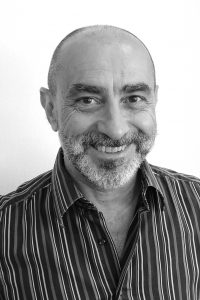 LIBER is pleased to welcome Valentino Cavalli to the team as our EU Open Science Projects Officer.

Valentino will be responsible for the management of projects addressing Open Science, Scholarly Communication and Research Data Management issues, including Research Infrastructures, starting with EUDAT and the EOSCPilot.

Valentino worked for many years for the Trans-European Research and Education Networking Association (TERENA), the organization that became known in 2014 as GÉANT. Valentino became acting Secretary General of this leading network European e-infrastructure in 2012. Valentino also chairs the Board of Trustees of the Vietsch Foundation, a fund to support the development of internet technology for scientific research and higher education.

Valentino brings extensive expertise and know-how in R&D, project management and research community engagement, from the support of task forces and working groups, to project developments and contribution to policies in support and development of the organisation’s members.

Valentino holds a certificate in Business Development from the NCOI in the Netherlands and a Masters Degree in Philosophy from the University of Urbino, Italy.