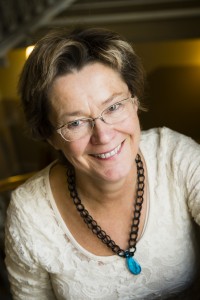 LIBER has been appointed to represent libraries on the European Commission’s new Open Science Policy Platform.

President Kristiina Hormia-Poutanen will speak for LIBER and its 400+ members on the high-level advisory group. She joins 24 other experts representing universities, research organisations, funders, publishers, policy platforms and citizen science groups across Europe.

“LIBER is the principal network for research libraries in Europe and is in a strong position to leverage its network of experts from all over Europe in support of the work of the Open Science Policy Platform. I am honoured to represent this outstanding network as a member of the Open Science Policy Platform, and I am looking forward to collaborating with other experts in the group,” said Kristiina Hormia-Poutanen.

The mandate of the Open Science Policy Platform is to:

At the same time as the OSPP panel was announced, European Union member states also agreed on an ambitious new target of making all publicly-funded scientific papers freely available by 2020.